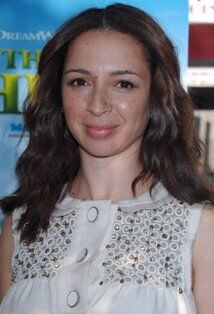 Maya Rudolph is a American actress, comedienne and singer best known for her work on Saturday Night Live (2000 - 2007). She plays Ava in Up All Night.

She is the daughter of the late R&B and soul singer Minnie Riperton. Her career began in May 2000, when she joined the cast of SNL. During this time, she didn't do many other roles aside from minor ones in several television series.

Retrieved from "https://upallnight.fandom.com/wiki/Maya_Rudolph?oldid=3921"
Community content is available under CC-BY-SA unless otherwise noted.